Primary ciliary dyskinesia (PCD [MIM: 244400]) is a group of clinically and genetically heterogeneous disorders caused by dysfunction of motile cilia. In contrast to primary cilia, that protrude from the apical surface of most eukaryotic cells and acts as antennae sensing the external environment, motile cilia are only present at airway, ependymal and tubal epithelia, ensuring the transport of fluid; as well as in nodal cells to define the laterality of internal organs.

In PCD, the defect of motile cilia leads to impaired mucociliary clearance and early recurrent airway infections. About one person in 15,000 is concerned 1, and given the key role of motile cilia in the establishment of left-right asymmetry during embryogenesis 2, nearly 50% of those individuals display a situs inversus thereby defining the Kartagener syndrome. In addition, as the microtubule-based structure of motile cilia, the axoneme, is close to that of sperm flagella, most male individuals are also infertile. In most instances, PCD is transmitted as an autosomal recessive trait. Although rare, PCD is the most common ciliopathy.

The diagnosis of PCD is classically based on the identification of functional and structural abnormalities of cilia. Depending on the patients, cilia may carry various axonemal defects: one of the most frequent corresponds to the absence of the outer and/or the inner dynein arms (ODA, IDA) that are the motors responsible of ciliary movement. Other axonemal defects can affect the central complex or the radial spokes (axonemal disorganization), but in some cases, no ultrastructural abnormalities are detected. As predicted from the high complexity of ciliary structure and function, there is ample room for genetic heterogeneity in PCD. Fifty-one genes have been implicated so far (see Figure 1). Each of the several hundreds of proteins that constitute a cilium could potentially cause the disease. 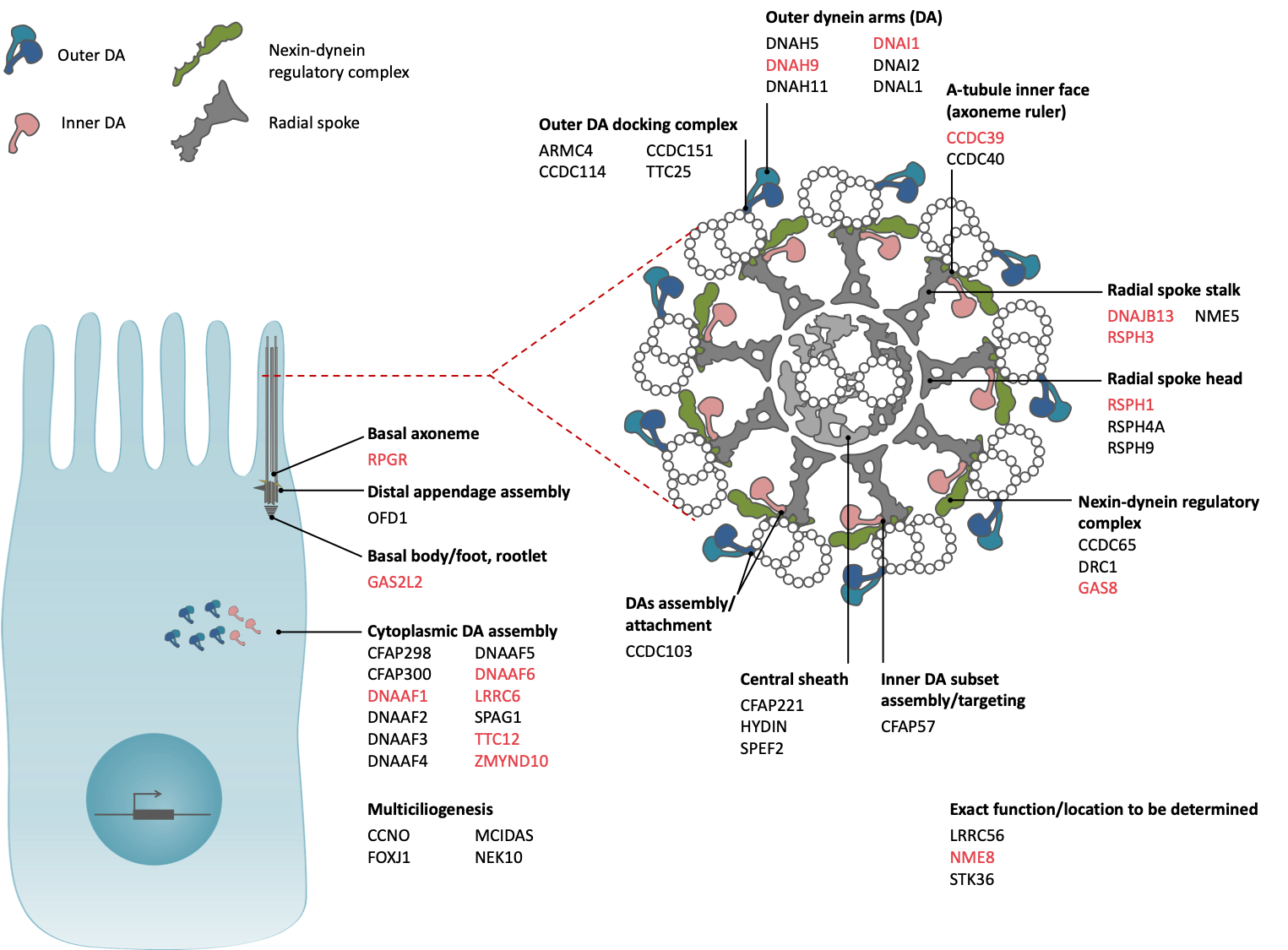 Figure 1. Location and function of the proteins encoded by the PCD genes 3. Our lab contributed to the implication of 15 genes (in red).

In spite of the extreme structural complexity of ciliary axonemes, which hampers the discovery of causative genes, our team has first followed a candidate-gene approach based on the following observations: (i) the structure of the axoneme is highly conserved across species; and (ii) the protein components of a protozoan axoneme, such as those found in Chlamydomonas, and those of mammalian cilia are highly homologous at the sequence level. Strikingly, several immotile strains of Chlamydomonas carry axonemal ultrastructural defects that are reminiscent of those reported in patients with PCD; this observation led us to identify in 1999 the first gene involved in PCD, DNAI1 (that encodes a dynein intermediate chain of the ODA)4, which represents also the first gene identified in a ciliopathy. Our team has subsequently identified a number of additional PCD genes (i.e. TTC12, DNAAF1, LRRC6, RPGR, ZMYND10, NME8, CCDC39, RSPH1, RSPH3, GAS8, DNAJB13, PIH1D3) in research programmes that always included functional studies demonstrating the pathogenicity of the identified mutations and characterizing the function of the corresponding normal proteins (see Figure 1). Among them, TTC12 5, PIH1D3 6,  DNAJB13 7, GAS8 8, RSPH3 9, RSPH1 10, and LRRC6 11 have been identified over the past 8 years. Our team also linked DNAH17 mutations to isolated male infertility due to flagellar defects (MMAF or multiple morphological abnormalities of the flagellum)12.

Due to the lack of available multiciliated-cell line, functional analyses are performed ex-vivo on nasal epithelial cells collected from patients, in which axonemal ultrastructural defects, ciliary beating frequencies/patterns and proteins localization can be assessed respectively by transmission electron microscopy, high speed videomicroscopy and immunofluorescence.

More functional studies, as “-omics” analyses, can be performed in a physiologic in-vitro model of human primary nasal cell cultured in Air-Liquid Interface (ALI). This original model, based on the expansion of progenitor cells followed by the activation of ciliogenesis in-vitro, has been used for years in the lab, and very well characterized13.

Recently, the lab developed CRISPR-Cas9-mediated invalidation of genes in this model 5 that should open new avenues to decipher both the role of the numerous proteins expressed during ciliogenesis and the pathophysiology of diseases of the airway epithelium.